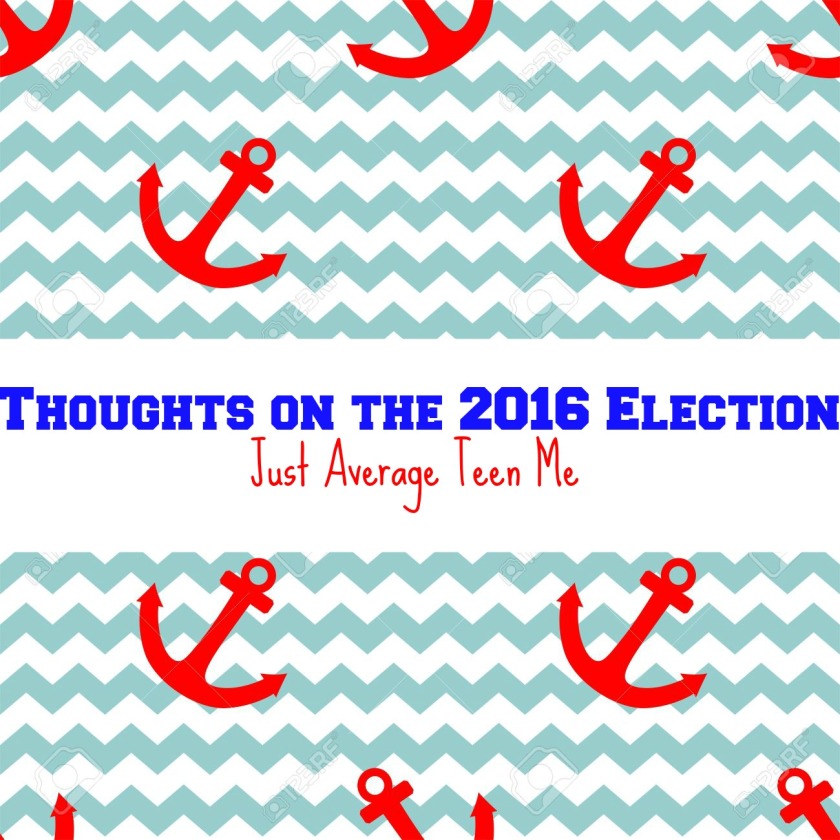 I’m Just Average Teen Me. Unless you’ve literally been living under a rock for the last few days, you’ll know that a few days ago, the election results were announced. I have a bunch of opinions about the whole thing, and I thought it’d be interesting to share them with you all.

As I live in the UK, I won’t experience the changes as much as people actually living in the USA, although I’ll probably get some of it. Not to mention, I’m half American (my dad moved here to marry my mum) so I have loads of family living over there anyway.

First off, I was actually thinking that Hillary would win, mainly because most of the people I follow on my personal Twitter account were, and still are Hillary supporters. Watching the TV as those thoughts were demolished, I’ll admit that I was a little choked up, genuinely fearing for the future. Donald Trump was the 2016 President-Elect.

The only thing I could really think of was how insane it was that so many people voted for such a man. Donald Trump is a racist, a sexist, homophobic and now, America, he is going to be your President. And that is nobody’s fault but your own. To people that voted, you did your best to make a difference, and maybe, in this case you did, but to those of you that had the opportunity to vote, didn’t and are now complaining about your new President,  I hope you realise that you really could have made a difference. Don’t complain if you did nothing to change the future.

Obviously, there are people making speculations and predictions of whether there’ll be another President assassination, but does that really make the situation any better? All we can do now, is try to fight against hatred, using peace. No riots, no violence, and certainly no assassinations.

Donald Trump will be the President, living in the White House in just a few months, and there’s nothing you can do about it. We just have to trust that he’ll be a good leader for the next four years, and that people in power will stop ridiculous new laws or ‘walls’ from becoming real. Trump doesn’t have all the power in the world, contrary to some beliefs. His ideas have to go past Congress first, and most of them, well, I doubt they will.

In the mean time, people who have suddenly become explicitly racist, sexist and homophobic are just proving that we can only fight this with peace and respect.

I wish America all he best with the next few years – you’re going to need it!

Also, aren’t you just going to miss the Obamas? They were so incredible and I’m sure the whole word will miss them.

P.S. I’m really sorry for being so… absent lately. Homework has been insane, as has life in general. Hoping to get a little more on track soon 🙂