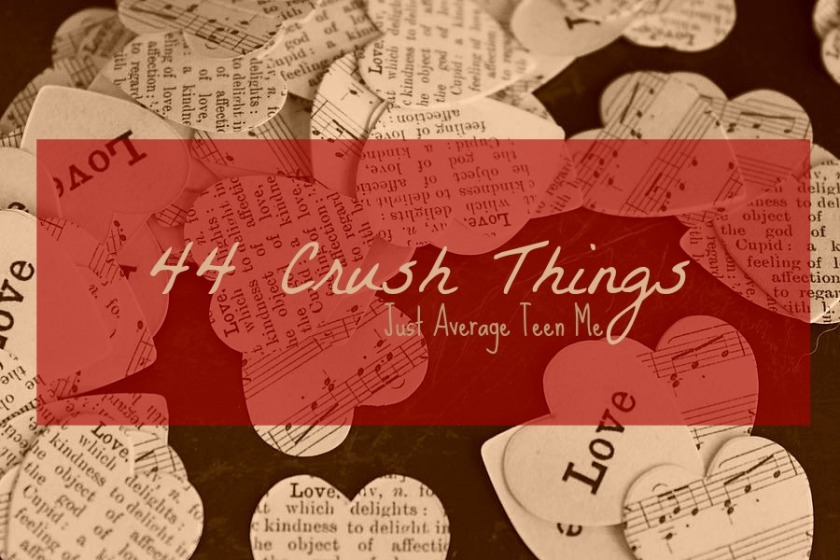 I’m Just Average Teen Me. As you might remember me saying about a month ago, I’ve sort of developed a crush on someone in my year, so I thought it would be fun to share some of the things and emotions (because they’re all over the place) that come with infatuation. ❤

And that’s everything! I hope you enjoyed reading, and could relate to some of these!