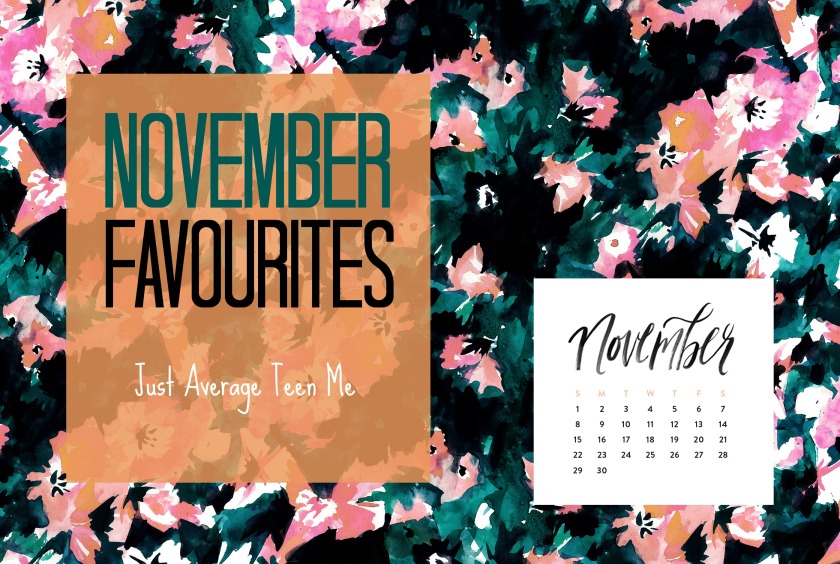 I’m Just Average Teen Me. We’re already a week into December, and slowly getting closer and closer to Christmas but for the next few minutes let’s look back to November. It was pretty insane, not going to lie, but there was some good stuff 😀

Fantastic Beasts and Where to Find Them

Most Harry Potter fans will have seen this by now, but I’ll avoid spoilers; don’t worry! Although I would say I prefer the Harry Potter films, fbawtft (abbreviation, if you’re wondering) was super amazing, and Eddie Redmayne was a fantastic actor for Newt! Definitely recommend!

As an avid fan of both Lindt and hot chocolate, I more than likely squealed when I found out Costa were selling Lindt hot chocolates as a part of their Christmas range of drinks. I went with Ashley after school one day (coincidentally, we were right behind Flynn for a good ten minutes which I am not complaining about at all) and although it’s just shy of £3 for a pretty small sized hot chocolate, it was beyond worth it! One way I found to describe it was: like chocolate cake mix before it’s been baked. Heart eyes all over ❤

If you live in the UK, you might be familiar with B&M Bargains, if not, let me enlighten you. It’s essentially a shop with a lot of cheap things. It’s a lot of the things that you’d get in other shops, but for considerably cheaper in price, not to mention the insane variety of stuff there. You might remember that it’s where I did my school shopping this year! It’s also where I do the majority of any birthday and Christmas shopping. Check it out if you have any nearby!

Ashley, being the insane Shawn Mendes fan that she is, has got us two tickets to see him on his Illuminate tour next April. Sure, I’d heard the more famous songs like ‘Stitches’ and I had ‘Treat You Better’ saved to my Spotify along with a few others like ‘Life of the Party’ but I hadn’t properly listened to the majority of his music. I’ve been pleasantly surprised by it, and have ended up knowing all of the words to them all within about a month and a half! Lights On is definitely my fave 😀

I’m pretty damn sad to say, but OUAT has just broken up for the mid-season break (cries river of lost souls). That doesn’t at all take away from how amazing the first half of the season was! So many new situations literally had me begging for more after every new episode, and now I have to wait until (probably) March for the next half of the season.. 😦

As you might remember from previous posts, I’m a fan of the MTV series: Teen Wolf. The Final Season started earlier this month, and while I’ll no doubt miss it, I can’t wait to see where this season is going! The new villains, the Ghost Riders, are some of the most intriguing characters they’ve had yet, and I’m just hanging onto hope that Daniel Sharman will come back as Isaac at some point! 😀

That’s most of what I’ve been enjoying this month! Let me know what you’ve been loving in the comments!