Frankly, I need somewhere to rant. So I’ve ended up here because I know you’ll listen.
I feel like crap. Right now, I feel worse than I’ve felt in quite a good while, and I’m about to give you a few of the reasons why.

Today was destined to be boring as hell, since my laptop has decided to give up within the last few days. Broken? I’m not sure if it’ll ever work again or if it’s finally breathed it’s last. I’m hoping it’s just having some time off.. We all need some every now and then, right?

For a few hours, I’d been alternating between scrolling through social media and colouring in my Enchanted Forest book. So far, alright. Could be better, could be worse – will be worse.

A few hours ago, Penny told me that one of her closest friends likes Flynn (the guy who’s been taking up a lot of my mind from school) and that he “flirts with her”. Turns out she’s also going on the Italy trip in October. Along with me, Flynn and two other girls that like him. Four of us. Four girls that like the same guy. If you haven’t gathered, he’s extremely attractive, hence the slight fanbase he has going on.

After then, I spiralled into the mental state I’m kind of in at the moment. Where has liking this guy actually got me? It’s completely idealistic, since I’ve only spoken to him twice. It’s all based off how I want his personality to be, because he’s good-looking and matches my type insanely well. Not to mention, he’s one of the more popular people in my year, and I’m well … not one of the popular girls. So I guess you could say it’s useless. And finding out about all these other girls with such higher chances just doesn’t do anything for it either.

That’s all? I’m just gloomy over not having chances with some jerk? Not quite.

After sitting in my own conscience for a bit, I decided to post on an Instagram fan account I have. The caption was a condensed version of everything above this point. Including referring to him as “the popular guy”. All seemed fine.

Until it didn’t say I was on my fan account.

Somehow, I’d been logged out of the fan account, and had just posted that onto my personal account. Over 100 people from my school year and some from other years follow me on there. I’d deleted it as soon as I could, and it ended up on for about a minute. Maybe a little longer. Combined with the fact that I rarely post, people probably got the notification of “Awkwardsaurus posted for the first time in a while”. There’s no way of knowing how many people saw – or if they saw for that matter.

I sat with my eyes shut, breathing heavily for about 10 minutes, and then came to write this post while listening to the depressing music playlist on Spotify…

I’m sorry for being dramatic, it’s really nothing but it’s just making me feel rubbish… 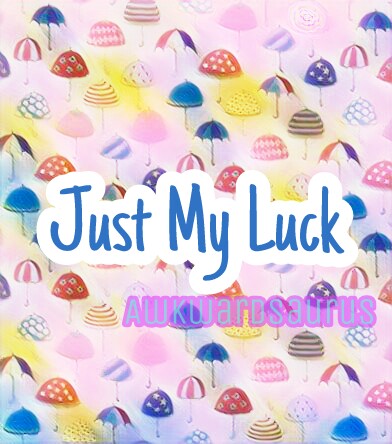 I want to talk about something pretty personal, as far as the posts on my blog usually go. I know – what a way to break the silence. I’m sorry; I just needed someone to talk to about this.

Around Wednesday last week, I noticed two or three red patches on my stomach. I was a little confused, but I assumed they were just marks left from my clothes.

The next day rolled around, and it was still there. I wasn’t exactly sure if they were the same positioning, so I used a pen to draw rings around them. Sure enough, the day after, they were still there – and in the same place. By this point, a couple more had appeared.

I did some googling, and diagnosed myself with Pityriasis Rosea. It’s a mouthful of a name, but literally translates to “scaley pink” in Latin. Sounds lovely, am I right?

The symptoms (which didn’t consist of much other than the patches) matched pretty well, so I assumed it’d be that. At this point, I was just relieved it wasn’t anything terrible.

But after a bit more reading, I learned that the rash can spread across the entire chest, stomach, back, upper legs, and upper arms, as well as sometimes to the face and neck. Frankly, that’s horrendous news, being a 15 year-old who has to do PE lessons in a skort (skirt with shorts attached) that literally does nothing for covering anyone up, not to mention the class of judgemental people I’d be with.

Then, I read on the NHS website that it typically lasts from two to twelve weeks, but can last up to five months. After it’s cleared, it takes a few months for skin to return fully to normal.

Surely there’s some sort of cure, you might ask? Nope. The only treatments listed are to relieve the itching that comes along with the rash. Thankfully, I haven’t experienced any of that yet, but then again I’ve only been dealing with it for a small fraction of the time…

Cause of the rash is uncertain, but it’s thought to be caused by some sort of viral infection, and isn’t spread from person to person. I have zero clue how I managed to get it.

The worst part of this is knowing that there’s nothing I can do to stop it, and no way of controlling how far it spreads. As a person who hates to be confined and trapped, it really scares me quite a bit…

As for my symptoms, the rash has slowly been spreading higher up my stomach, making its way to my chest and down past my hips to my upper thighs.

I’m terrified, and I just needed someone to talk to about this, so thank you for reading if you did…

Can you believe another month has gone already? We’re 5 months into 2017 HOW DID THIS HAPPEN?!

Anyways, with the beginning of another month always comes a Monthly Look-Ahead post, since it’s a great way to track what’s going on and whatnot.

I don’t think we have anything big planned, but it’ll be Britt’s Birthday at some point in May, which is exciting! Writing birthday cards is honestly one of my favourite things, especially when we have a chat that goes back almost two years; I can write up a few messages she’ll have forgotten about! 😉

The Once Upon A Time fandom have been waiting so long for a musical episode, and the time has finally arrived people!! On May 7th, the episode with Hook (my love) and Emma’s wedding will be musical themed! I’m beyond excited for that, not to mention the final two episodes of Season 6 that’ll follow it! OUAT HAS BEEN SO DAMN GOOD LATELY!!

Guardians of the Galaxy Vol. 2

As you‘ll more than likely be well aware, there’s a new Guardians of the Galaxy film. After loving the first one as much as I did (let me tell you, it was a lot), it’d be insane not to go and see this one at some point! Who doesn’t love Chris Pratt? Or baby Groot? ❤

Wearing a Skirt to School

As everyone that knows me would know, I wear trousers (or pants, as you might call them) to school. I have done every day, every year, for 4 years. HOWEVER (of course there’s a however), I tried on my younger sister’s skirt, and since it was too big for her, it fit me pretty well! I wore it once last Monday, but the rest of the week was a little cold to be without my trousers. It’s warming up this week, so I thought I’d give it another go!

As I write this, I’m pretty damn cold, but by the end of May it should have warmed up, right? Don’t get me wrong, the colder seasons are my favourite, but I just want to warm up a little!

And those are the main things I’m looking forward to in the next month!